So, here we are again and it’s a sad day indeed…… Richard Herring has announced that this will be his last year of searching out the lazy men of Twitter who can’t be arsed to do a quick Google search, prefer to bemoan International Women’s Day and ask, ‘but when is oooouur day?’, and doggedly directing them to November 19th. I, for one, will be holding a minute’s silence in his honour. ~crosses self, lowers head~, God bless you, sir.

We could do with more of Mr H’s sort. With no concern for his own wellbeing and without fear of undermining his own raw, brutal masculinity, he is very comfortable giving us laydees a leg up. It’s not hard and as far as I know, his years of support haven’t resulted in his penis falling off.

Aside from the online heroics of Lord Herring, things are just peachy, aren’t they ladies? Ladies?? ~echoes ring into the distance ~. Yeeeeaaah, they are. No more fighting to be heard, no more catcalling in the street, no more dismissive attitudes in the boardroom or Twitter mansplaining. I don’t know what happened this year, but something changed and it feels good.

Aaah, who am I kidding? Not you guys, that’s for sure.

In fact, it was only last Sunday that I was reading how the UK government tried to block Mary Beard, Britain’s best known classicist, from being appointed a trustee of the British Museum. Now, that would probably be due to her pro-EU views, one might argue, and one might be right in assuming that. But then you would have to look to other appointments (Grayson Perry, for example, also pro-EU) and wonder why they chose to attempt to veto apparently mild-mannered, sweet, little grey-haired old lady, giant-brained, opinionated Mary. It might also be interesting to note, that Mary won round an audience in a debate against Johnson in 2015, discussing the contribution of the Romans to the world, as opposed to the Greeks for whom the then Mayor of London argued. But that’s by the by…….. we suspect.

But, but Harvey Weinstein is going to jail! And while that is true, and is of course a great step forward, it took dozens and dozens of women coming forward to secure just two guilty verdicts. He will return to receive his sentence on the 11th of this month. Yeah, let’s see how that goes (minimum five years, actual sentence five years). Should I place a bet?

The same weekend as the Beard story was published, the Bristol Post in the UK took the bold step of publishing the names and faces of half a dozen grown-ass men, who had advocated some form of violence against seventeen-year-old Greta Thunberg, from the safety of their social media accounts.

She was appearing for School Strike for Climate in the city and tens of thousands of people turned out to hear her speak at College Green. The level of vitriol levelled at Thunberg since she hit the headlines is remarkable and any sane human reading the hateful comments would think she was advocating kicking puppies or something equally sickening, like, you know, actual fascism. It’s weird, because all she wants is that everyone takes a little more care of the ONLY PLANET WE HAVE TO LIVE ON, FOR FUTURE GENERATIONS. ~breathes~. Again, I wonder what exactly it is about the young, tiny woman with opinions that gets those men so riled up….. it really is a puzzle.

I like the Bristol Post, they’re our kind of people. They put six faces, from all the comment writers they had responding to their Thunberg in Bristol story, in their pages slap bang next to their own toxic words. Chaps, if you’re happy to post that shit in the comments section, then I totally expect you have no problem at all with the paper actually printing your names and mugs. Eh, dads? Oh yes, some of them have kids of their own. I wonder what they’d have to say about adults addressing their children the same way. In the article, the paper explained that literally thousands of negative comments had been levelled at Thunberg personally. Thousands. After just one event.

Looking over the water, despite having the credentials and experience to fulfil the role, Elizabeth Warren has sadly just pulled out of the race to become the presidential candidate for the Democrats and I think writer Katy Brand summed it up

Progress, ladies, I think we can agree, is slow.

But there is progress. So, you know, chin up Bristol menfolk, I know you’ll be delighted for your daughters. “As a father of daughters” seems to be a popular segue into some pearl of wisdom connected to women’s issues, because apparently the only way for a particular type of man to see and treat women as humans – is to breed females. (Otherwise, fuck ’em, eh, lads?)

Back to happy. During her trip, Thunberg met with Malala and the photo made my heart burst with hope. Here was Greta with her hero, another woman who had almost been silenced forever in her very simple desire for an education. Wouldn’t you have loved to have been a fly on the wall of that conversation. 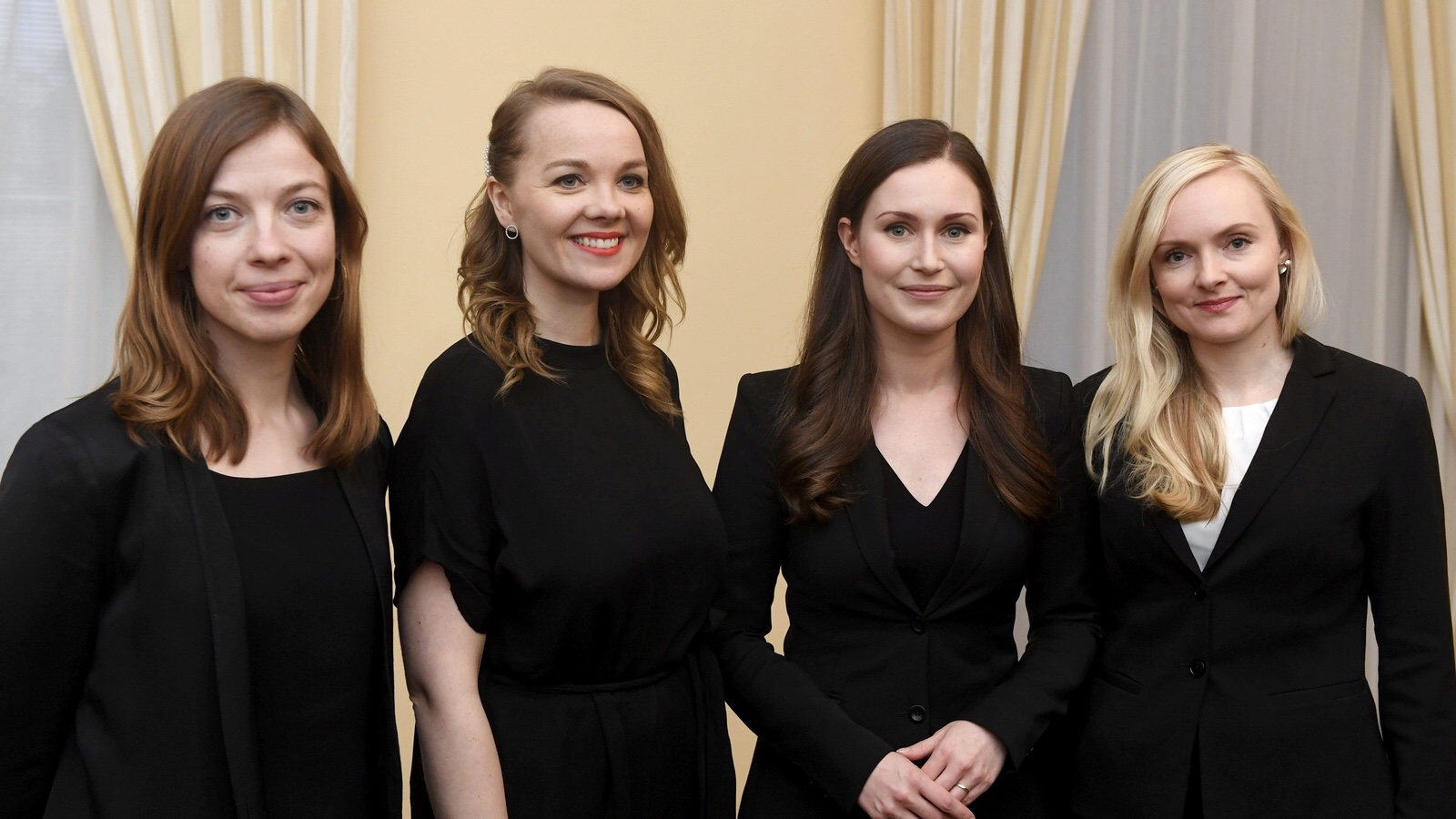 And cop a load of Finland, for goodness sake. Sanna Marin, a 34-year-old Social Democrat was sworn in as prime minister at the beginning of December 2019 and now heads a coalition of the four major parties and a cabinet dominated by women. Three of the four party leaders, like her, are under 40. Oh, and she’s a mother to a toddler and the youngest serving premier in the world.

It can be done (I’m looking at you, America), all you need is the will. This makes the UK and the US look like complete amateurs with their creaking systems and political dinosaurs. Note: you don’t have to be old to qualify for this mantle, simply glance in the direction of Jacob Rees-Mogg…..

There were some other good news stories for women and girls – Indonesia lifted the minimum legal age for marriage from 16-19, Mozambique made child marriage punishable by 12 years in prison, Mexico banned it in 31 of 32 states. A UN report stated that in South Asia the practice has almost halved in the last 25 years, from 59% to 39% last year. Also in 2019, Saudi Arabia granted women the right to travel overseas, register marriages, births and divorces, receive family documents, be eligible as guardians to minors and congregate in the same places as men. Which really, when you read that back, seems ludicrous given that we are in the 21st century – but you have to take your victories where you can.

So, ladies (and gents) we have to keep going. Keep fighting the good fight, protesting, writing to MPs, demonstrating, donating to court cases and charities and speaking up. Whatever your contribution, it’s vital. Keep climbing and building and battling and supporting each other and banging on doors and lifting. We have to make things better for everyone.

And guys, why don’t you try taking a leaf out of Mr H’s book, give it a whirl. It doesn’t take much effort to be positive and supportive, even helpful (imagine), and it absolutely won’t affect your baby making equipment in any way. Honest.

Richard Herring’s International Women’s Day effort over the last nine or so years has raised money for Refuge in the United Kingdom. You can donate here: https://tiltify.com/@richard-herring/international-whens-international-mens-day-day