Hey guys! Look, you’ve got a day! You’ve had a celebratory day since 1992! Isn’t that something? If you type ‘International Men’s Day‘ into Google (or any other popular search engine), it’s like, right there. As quick and easy as typing the same thing on Twitter on International Women’s Day on March 8th, if not quicker – because you don’t need to add the words, ‘urgh, why haven’t we got a……..’

So, thank you for all that you’ve done: hunting the animals to feed the village, for navigating the high seas to other countries to pillage and maraud and kill and maim and conquer. But at least you took the good stuff and brought it back home. For all the wars – they were fucking awesome. For keeping us troublesome women in hand since time immemorial (because lord knows we need it, with our fangled ideas and opinions and stuff), for being in charge of more or less everything, leaders of armies and of countries, monarchs, 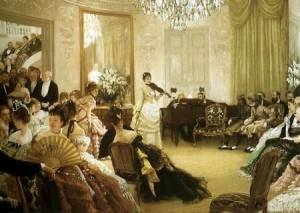 for leading trade and industry and letting us paint pretty pictures back at home and practise needlepoint and sing like a lark for your blokey cigar-smoking, brandy-drinking mates before being sent away with the other wimmin, so you can discuss the serious matters of the day; like politics, sport and our arses, boobs and angelic voices. We loved that, we did. For handing us menial tasks, for finally permitting us the vote, and to have our own bank accounts (1975 Spain: abolition of the permiso marital – which required married women to have their husbands’ consent for nearly all economic activities, including employment, ownership of property and traveling away from home). NINETEEN SEVENTY-FIVE.

For keeping us a secret when we did make groundbreaking discoveries and great steps forward in science and medicine. Limited recognition until more recently. For all the art you brought to the world and were rightfully recognized for, for all the literature you’ve written and rightly been recognized for – of which I am a great fan – but also for allowing us to work under masculine pseudonyms in the early days. I mean come on, who wants to read a book by Elizabeth or look at a painting by Florence. For dominating cinema, politics, education (Cambridge University, UK: the first women students were examined in 1882 but the first attempts to make women full members of the university did not succeed until 1948). NINETEEN FORTY-EIGHT. For bringing us comedy and television and theatre and tech – the performing of and managing of.

You have your special day too, it’s right here, right now. If March 8th sticks in your craw so much, organise a bloody gathering/march/celebration/party/a naked protest – whatever you want. Do it, we’re right behind you. Both literally and metaphorically…… things are changing chaps and we’ve all got to learn to live with the changes, and each other. It’s inevitable and no amount of keyboard warrior action is going to stop progress.

As the old saying goes: ‘if you can’t beat ’em, join ’em’….. and you can’t win this one, you can’t beat it. Or us. Because that means continuing to keep us down. And there are laws against that now. As Hillary Rodham Clinton said on 5th September 1995, at the United NationsFourth World Conference on Women in Beijing, “human rights are women’s rights and women’s rights are human rights.”