put paid to your ridiculous fantasy.

In four short months I’ve slipped from feeling like someone of note in someone’s life, to a mild irritation.  And there’s nothing quite like seeing the object of your affections, lapping up the somewhat undignified idol worship of two drunken (average looking) women, to fill you with revulsion and turn you on your heels to high tail it to the nearest exit. 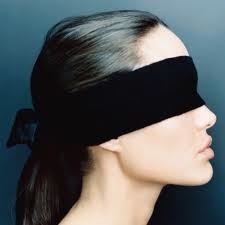 Not being a massive fan of humiliation (well, not in that way), and also trying hard to not make a habit of sticking giant, sharp pins in my eyes, I decided to beat a hasty, dignified retreat this weekend.  From the actual events unfolding at that exact moment, and the situation as a whole.  As much as I realised on Saturday night, that I actually might be a little bit in love with my big crush (what other explanation for the feelings of deep embarrasment at being within clear view of the events unfolding), I also realised the unhealthy imbalance of the relationship.  Whatever that relationship is.  And so when I saw him grab one said woman around the waist and say, “Where you going?  You’re not going anywhere”, I decided it was time for me to go somewhere.  Anywhere.  Away.  And quickly.

I explained quietly and without fuss, that I was leaving because I felt uncomfortable, and agreed wholeheartedly that yes, it was indeed my problem.  As he pointed out to me, while escorting me to a taxi.

Because you see, he can do whatever he wants (and he really does) – he’s not my husband or boyfriend.  And therefore I have no right to ask him to have even the tiniest little bit of respect for my feelings.  Why should he?  I’m no-one, right?  I’m just a friend after all.  But I am most definitely not “one of the boys”, who I’m sure see it often, and don’t really give a f*ck.  I do.

And so I return again to my case in point, the Hot Frenchie from February.  Our weekend was a casual thing, we both knew it was to be a one-off, probably.  But that didn’t stop him making me feel like I was the only woman on the planet for those two days.  He didn’t eye up other women while in my company, he didn’t talk about other women to me, he didn’t flirt…… blah, blah, blah.  Just as I would never in a million years, out of respect for my (a little more than) friend – or any other companion for the night/date/month/whatever – have been seen drooling or draping myself over other men at the weekend.  The unique reason I was there was to spend a little, valuable, precious time with him.  It really is just basic good manners and I don’t think there’s any great mystery there.  If we are nothing  more than platonic friends, all power to your elbow.  But if that is the case, then clear lines need to be drawn in other areas.

What (or who) the Hot Frenchie did the day before, or the day after my flying visit, was of absolutely no consequence to me; because while we were sharing time, he was a perfect gentleman and behaved impeccably for that short time.  It really isn’t so difficult.

So, if you want to flirt and fool around, that’s fine.  Go ahead, I’m just not going to voluntarily hang around to see it.  I don’t need to put myself through it.  Why would I?  Why would anyone?

I need to have respect for myself, if no-one else does.