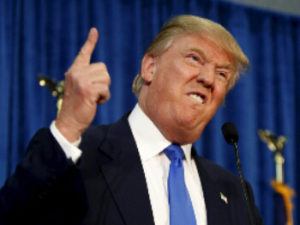 …….. Salvame, tyrannical governments, failing global human rights, censorship, propaganda, Jeremy Kyle, the destruction of the NHS, the attempt to change the contracts of junior doctors in the UK, the attempt by the Prime Minister of the United Kingdom to redefine the term ‘child poverty’ – it is what it is, zero-hours contract, body-shaming, unrealistic views of feminine and masculine beauty, poverty, the necessity for foodbanks in so-called developed countries, the refugee crisis, war, the snoopers charter, porn that features any type of violence, general desensitization to all the bad things we we see happening every day, sex apps, d*ck pics, lack of charm, lack of basic good manners, football louts, catcalling, biased news reporting, Phone Shop Idol, Chicken Shop, Teen Mom, Geordie Shores, all television programmes of their ilk, universal greed, inability to punctuate, organised crime cartels/syndicates/gangs holding countries to ransom, text-speak, text-speak being accepted in exams, universal dumbing-down, the quest for ‘celebrity‘, the masses facilitating the quest for ‘celebrity’, the development of technologies that will eventually put thousands upon thousands out of work, the man who wants total freedom of the internet and the creation of ungovernable weaponry and money markets…………………… WHAT A TIME TO BE ALIVE!!!  Sadly, I could go on and on and on.

But I won’t because it’s pretty depressing reading, and that is my ‘reasons why I don’t have kids’ #48