I watched the Jonathon Ross interview with Madonna last week, by the power of my brain magic (because I live in Spain and it would be impossible to see it any other way).  I watched it with 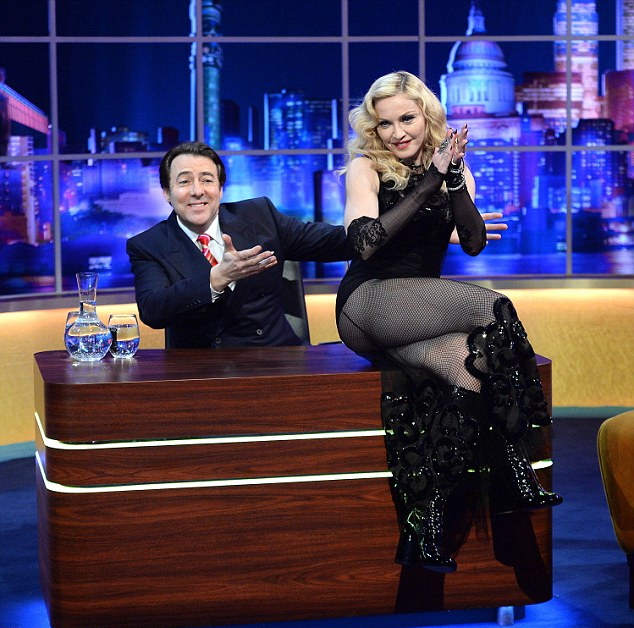 the same excitement as the thirteen year old me, seeing her Like a Virgin video, touched for the very first time as I was, by her writhing her way all over Venice: on bridges, under bridges, across bridges, on rose strewn beds, in gondolas, with wandering lions (a problem in Venice at the time, I believe).  And most notably, her challenging gaze, directly into the camera.  “And what?”, “I’m sexual, you have a problem with that?”

My dad did, branding her a ‘slut’ immediately; as I ran out the door to buy the entire stock of lace fingerless gloves from the family owned department store, on the High Street of the small seaside town I called home.  And pixie boots, and all the beads and baubles and crucifixes I could find. And tube skirts and numerous skinny and studded belts to sling around my hips at crazy angles.  But not the BoyToy one, no, no, no,  that would have sent my poor father over the edge, God love him.  I did not want to be responsible for his death by daddy head explosion.  BoyToy was the 80s, pre-social media equivalent of a hashtag, #PreSocialMedia #BoyToy.

The next year, I went to see Desperately Seeking Susan alone and in secret and promptly committed to memory and took away with me her disco dance moves, to use on the *EF boys in Blazes, the local under sixteen disco.  And her sexy way of crawling over a bed – essential for any fourteen year old on a Sunday morning at home in the privacy of your own bedroom – with your parents and two younger siblings downstairs, and no audience.  And holding a cigarette and speaking, and just about everything else.  I LOVED her.  She was ballsy, she was feisty, she was so self aware, she was challenging, she owned it.  Everything. She was in charge from the start, of every aspect of her career. Critically, the film was terrible, but it remains one of my favourites. I saw her in the Girlie Show tour and I own a copy of her controversial book, ‘Sex’.

Love her or hate her, the woman is a pioneer.  Love her music, or hate her music, (and I have, in equal measures over the years. Though I have great expectations of a return to form with her thirteenth studio album); you can’t deny she’s paved the way for a certain feminine freedom of expression and for sure a sexual liberation. Periodically we need this. We’d hit the snooze button long enough, here was someone to grab us by the shoulders and shake us awake.

On the Jonathon Ross Show she was, in equal measures charming, funny, feisty, engaging. Same Madonna, different decade. In my opinion, she’s softened, maybe with motherhood (gushing unashamedly about her children), maybe with age.

She has her knockers, she has her critics, some of who suggested that she might have actually thrown herself down the stairs at The Brits. The woman is a glorious self-publicist, but seriously, who would put themselves at such risk, except a stunt person?

Apparently her daughter Lourdes said, “Mum, really?” in response to the photo of her flashing her bum cheeks at the Grammy’s. She explained that she has a cheeky voice in her head that sometimes tells her to do those things. My friends want to be thankful I don’t have a body like Madonna’s, the voice in my head is saying that stuff to me, all the time. The woman’s on the wrong side of 55, looking like that, why not show it off? What is this age limit on rebellion?

It’s difficult to put my finger exactly on how her influence has rubbed off on my ordinary life all these years. I’m not famous, I don’t make music. But I am a woman. It goes way beyond celebrity, because that’s not the only place you can feel the ripples of the pebble she threw into the pond, all those years ago. You can apply the basics of what she’s expressed to just simply being a strong woman. In any walk of life.

I know what I want, I know what I don’t want, and that applies to both my professional and personal life. And I do not suffer fools gladly. 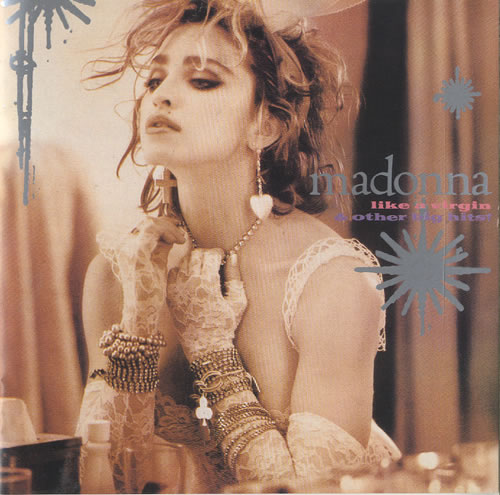 If that’s what I (and countless other women) have taken away from a lifelong admiration of one woman taking complete charge of her life, then long may she continue to challenge our perception of what a woman should be, (and flash those tight buns).