Well, maybe I should have kids, after all!

After some months of rude, crude and downright dirty online dating experiences, (did I mention the **Italian journalist who wanted me to call him ‘slave’, lick my stilettos and sent a late-night, drunken message about pee? Nope? Another time maybe); I have seen a tiny chink of light in an otherwise dismally dark relationship future for da kidz.

Over the last few weeks, I have met a few lovely young men, who have all backed up the utter gorgeousness of the wonderful Toulouse boy and caused my heart to swell. Cautiously.

Morten, of Copenhagen, not Aha fame, and his band of merry Danish men – mostly outrageously hungover/still drunk/sleeping/almost dead – showed me how a group of young men in their early to mid-twenties can go on an almighty yahoolie, and I mean ALMIGHTY; without causing offence to anyone. And still have a delightfully charming chat with a woman in her forties, having a drink and minding her own business. For an hour or so, with their varying degrees of lucidity, we chatted (mostly Morten and I) about life, their yearly get together, tattoos, life in Barcelona and why his six foot ten mate was slumped into his cocktail, before they swayed off to their next destination. They smiled, chatted, weren’t rude or loud and were perfectly charming.

And then I found God. At the beach. (Well, they say she is omnipresent).

When I say God, I actually mean a delicious hottie from Sicily, called Pietro. With jet black hair, golden eyes and a beautiful smile. OK granted, he works at the chiringuito so it’s his job to be nice, but that (trust me), does not always follow. Again, just simply a pleasant time spent chit-chatting, with no crudities (but some crudites and a glass of Sauvignon Blanc) or smarm, no agenda and all kinds of human niceness, that sadly we are increasingly surprised by. 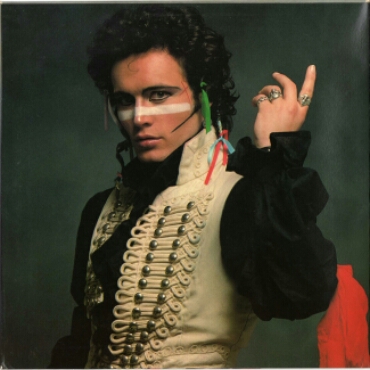 These boys, all in their twenties are delightful human beings. They probably adore their mums, spend time with their nanas and read poetry to their girlfriends. Veritable Prince Charmings. Swoon.

Which leads me to have some hope for the future of the kids of my friends, growing up all too fast. Maybe the abject piggery I have encountered, is the reserve of my generation only. And the new kids on the block, having grown up all their lives with the technology, (that appears to afford the men of my age, some kind of protective invisibility cloak from under which they can bluntly ask women if they like it up the bum, and worse); have done an about turn to return to good old fashioned, face-to-face, real-time, real-life polite loveliness. They seem to understand more about how important manners are, and they all, as perfect gentlemen, could quite easily teach the men of their dads’ age, a thing or two about how to win you over.

So, I feel a little buouyed by the events of the last month or so, and don’t feel so strongly that the future for my nieces and nephews is such a desperate, dark place full of cold-hearted, brutal, disposable encounters and hearts.

And I will be going back to the chiringuito to chat with God, in the name of research only you understand, to check that his dazzling demeanour was not a one-off.

And not at all to stare at him and his rippling, bronzed arms. Nope, not that, not at all. Not me, nope.

*I promise I will never say ‘psych’ again. Not big, not clever and should be left somewhere in the mid-nineties.

**Italian has been relegated to the mystical dating land of blockblockdelete.