This year has served me well in respect of my own personal growth…. and we all know that that is a quite excellent thing. 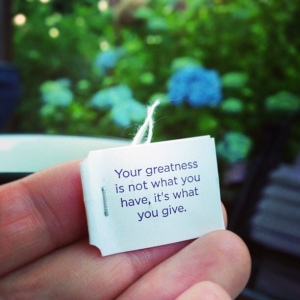 The Rumi memes and great sooth sayer, Yogi Bear tell us that every day. Who knew that Yogi, like Paul Newman, and his smashing spaghetti sauce, had lent his name to a popular consumable (tea)………. I’ll be honest though, I just discovered that Rumi was a thirteenth century philosopher, and not some hippy dude in California, eating mung beans and spouting feel good bollocks. So the first lesson I learned was to check stuff, before writing. (To be honest, I already did that quite a lot, but usually connected to politics and just to piss off Nigel Farage/Brexit supporters).

2017 taught me that kindness and understanding doesn’t pay. I mean really, I could just end the post there.

I spent a whole year of my short life, fitting in to another person’s timetable, massaging their ego, telling them, ‘don’t worry love, it’s ok, it happens to everyone‘, introducing them to the joy of (what I consider to be) pretty basic sexiness – a saucy glimpse of lace underwear, a high-heel. Tippy-toeing around a moody seventeen year old girl, exercising patience and understanding on a level I did not know was humanly possible (or that I possessed) – to be finally told ‘what I want in a relationship is comprehension and empathy’.

That’s it mate. That’s exactly what it looks like, dude. You got it. It’s right there under your nose.

I will be kind, but not fucking stupid.

I will be understanding, but not fucking stupid.

I will not try to encourage a man to go to the doctor, unless of course the problem is with his penis. A man is always more than happy to go the doctor when his penis appears not to work, but little else. Including troubling deep-seated, emotional grief that hurts their head and heart. Oh, and a possible broken toe.

I will be helpful, but not fucking stupid.

I will not have sex in the manner of an adolescent or illicit lover, because I am definitely not the former, and right at this moment – not the other.

I will be generous of spirit, but not fucking stupid.

I will steer clear of people whose first response to anything (including the immensely demanding: ‘fancy staying at mine after dinner on Saturday’), is ‘it’s difficult, it’s complicated‘. Because, most things in life are in fact, not that complicated – except brain surgery, space rocket designing, or breathing under water without gills. I imagine.

I will be accommodating to other people’s restrictions/limitations/needs, obviously – but not fucking stupid.

I will start being a bit more selfish, if that simply means considering myself and my own needs, emotions and desires. And if so, then selfish it is and selfish I shall be.

So, ultimately my new philosophy is:

Do all the nice shit, but don’t forget yourself and be a fucking stupid, push over twat. (I think that Rumi and Yogi would be proud of me, and that).

Call me cray cray, but with all this introspection and ruminating, I have a sneaking suspicion that 2018 might just turn out to be alright for me and my heart.