This time, ten years ago I was living with a man, managing a jazz festival in the north west of England and anticipating my oncoming forties with all the dread of a fever dream in which you are frozen to the spot as a juggernaut heads straight for you. I was celebrating Christmas with the man’s family in Mexico, with no idea of how radically my life would change in the next four months.

April 2011: Having only just recovered from the shock of hitting the big 4 – 0, I returned home early one afternoon after having been given the news that I was one in the first round of redundancies due to funding cuts where I worked. Then a receipt for a sex toy (that had not been gifted to me) fluttered to the floor from my boyfriend’s wardrobe as he was pulling out a jumper. Hmm. Bit of a pickle. Bit. Of. A. Pickle.

This two-short-links chain of events would see me retrain to teach English as a second language, get stupid drunk, a lot, lose so much weight a middle-aged French woman said I was hot (do you understand the kudos?! ) and pack up and set off with two suitcases to the spare room of a friend’s house in another country to see what might ensue. When we still could, you know, move around Europe freely. More of that later.

The decade has been quite remarkable in so much as it seemed pretty good at the beginning: in no particular order, we had the launch of the first iPad, Andy Murray won Wimbledon, not once but two whole times, Watey Katie finally got her man, we tussled ‘good naturedly’ over *that* dress (it was blue), same sex marriage finally became legal in the US, Obama was still POTUS and the London Olympics was just an epic, AMAZING homage to everything that was wonderful about the UK……. aaahhhh, remember that feeling? Pride I think they called it.

Then Cincinnati Zoo went and shot Harambi and the whole world turned to shit.

British football teams continued to not win major international tournaments despite the country being covered in flags. Turns out, they don’t possess magic powers. The flags, I mean. Or the British come to that. Iceland knocked England out of Euro 2016. But, they did introduce the world to that chant. So you know, swings and roundabouts.

It now resides in my special bank, along with the All Blacks’ Haka. (Believe me, I’d post that video too if I had the room).

It was the decade I finally felt I found my home, and then promptly lost the right to live in it because a bunch of people I don’t know (and my mother) voted against EU migrants. Of which I am one…. along with five million others of us scattered across the Continent. That did and still does include you United Kingdom (bellend).

Big kick in the slats. Big. Huge. As Julia Roberts in Pretty Woman would say. Or words to that effect.

I did Glastonbury that one time it didn’t rain and promptly forgot I’d seen Dead Weather and Shakira due to the sheer volume of cider I consumed. I also completely forgot that I’d seen the Streets in Liverpool. Strangely, neither of these blackouts prompted me to tone down the alcohol consumption. That wasn’t to happen until summer 2018. I travelled to Sri Lanka, Mexico, New Zealand and several European destinations including Munich in Germany, Parma, Rome and Naples in Italy, all over the Costa Brava and Malaga in Spain, Lisbon in Portugal and Toulouse, Marciac, and Paris in French France several times. It was here, the most romantic city in the world, that I received two of the most wonderful compliments in my life on two different occasions from two different people: “You’re really funny” and “You were just lying there, like a Delacroix”. I’m not sure which is my favourite. ^whispers^ ‘funny’…… I was a jazz groupie for three years. I learnt (am still learning) a new language, I started a little freelance business, I met a bunch of really cool people from all four corners of the globe (one for the flat earthers, there). I fell down two flights of Metro steps and didn’t die, dated a guy for a year (go me!), and another one for a month (amongst others). He, I learned – just before that month was up, like literally seconds, had once smashed a glass into his own face because he was so happy in a nightclub. That was back at home in Serbia when he were a wee lad….. and back in May of this year, I stopped dating. MayBE forEVer.

I fully embraced my ‘I am a free spirit’ spirit when I moved out of the shared flat I had after my friend’s spare room and into my own place in the heart of the hectic, noisy, dark Gòtic, in 2014. Men went, and came. It was during this period, which I like to refer to as my Renaissance, that I was seduced by a twenty-six year old French boy. It might be the only time in my life that I will ever be seduced, in the purest sense of the word. It was beautiful and I will forever treasure the memory. In stark contrast, after two years in the barrio, I also started fantasising about buying flame throwers on EBay so I knew it was time to flat hunt in a quieter, less crazy neighbourhood. Far, far away from Sidecar. Look it up.

This is when I convinced myself we were all on the set of some elaborate Truman Show-esque light entertainment telly programme. Only, two things were missing – lightness and entertainmentness. You couldn’t make it up. (Unless you were in the writers’ room.)

What the hell world? I’m sure Nostradamus, or one of the various guys who wrote the Bible must have foreseen this. What do they say about what happens next? Any historians or scientists or theologians out there shed any light? Get Greg Jenner on the blower. Or Brian Cox. Or the Pope. Someone must know when Pandora will shut her box again and let us get all those big ugly, angry, racist and xenophobic worms back in the can. (And while we’re waiting, we can just, like totally mute them on Twitter.) When did everyone start fewmin’? I thought that just happened in Liverpool (one for my Scouse friends, there).

There’s a clown in the White House and a clown in Downing Street and the globe is burning. There’s a song in there somewhere, eh, Billy Joel?

However……. despite the shitshow that is the latter half of the 20teens (how do we say it?), there is a whiff of hope. Among the rubble of humanity, the kids are mobilising. They are kind and thoughtful and they care. And they march and they strike from school and I believe them to be ‘woke’. God, I feel old. They know shit too. Malala, Thunberg, Femi Onuwole. I wouldn’t challenge any of them in their chosen fields, I think they’re bloody amazing. Can you imagine seeing them in office in the not too distant future? ^looks off wistfully into the middle distance^ We can but dream…..

Talking of young people, a decade is a bloody big deal when you were born in two thousand and something. The changes in my nieces and nephews have been immense. From their births to the oldest visiting universities for entry in September, the time has rocketed by. For crying out loud, at least two of them are six feet tall! They’re all so responsible and sorted and not at all like we were at their age. I’m amazed by them and in awe of them.

This tiny glimmer of hope was, unfortunately, unable to stem creeping anxiety. I got pills and saw a *therapist. For three years it was like being in a plane and the floor suddenly disappears and only the flimsy seatbelt is keeping you from plummeting thirty thousand feet to your death. Not wholly unsurprisingly, this coincided with Brexit.

I seriously got my politics on. I mean, the whole world seriously got its politics on, didn’t it? In the last three and half years I’ve signed enough petitions to last a life time, donated to more court cases than I can remember (very proud to say I contributed to the case that stopped Johnson’s October 2019 bullshit), attended more meetings with the British Consul than I would have liked/ imagined would be necessary back when I arrived and written to my British MP, like, a gazillion times. ^raises fist in solidarity with literally anyone who isn’t a complete bellend^. 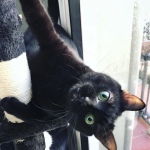 So here we are at the end of the tweens (is that it? Am I even close?), and I finally took responsibility for something that wasn’t a plant. In January a rescue kitten arrived. Responsibility not being my forte, I of course freaked out, but after eleven months Merlin is still alive. So, you know, that’s something. A 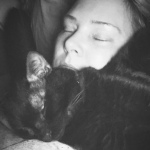 very good decision if I do say so myself, as he’s an absolute joy to have around. And so soft. So soft in fact, that when he dies, I’m going to have him stuffed in the shape of a stole and then when I die, my siblings will bury me with him wrapped around me. We had a little practice run. I think it went rather well. 👈🏼

There were heavy celebrity losses this decade: amongst many others there was Prince, David Bowie, Amy Winehouse, Robin Williams (I was surprised how hard this hit me, I cried for a week), Carrie Fisher, Stephen Hawkin (I felt suddenly unanchored), Joan Rivers, Burt Reynolds, George Michael and Aretha Franklin. George Clooney and Prince Harry took their grade-A loins off the market and a lot of us mourned that too. I’ve embraced body neutrality – thank you Jameela Jamil, embarked on peri menopause – thank you mother nature and started using factor 50 as my daily moisturizer – thank you Heliocare (makes note to tag them and sit back and wait for the products to roll in). I started writing a book. And if it never sees the light of day, I will finish it and add to my list of accomplishments. I’ve never really had a plan or a list of life goals I could tick off, but I’ve done some shit.

It’s been a bloody rollercoaster ride.

My hopes for the next decade? Just that everyone will calm the fuck down a little bit. We’re all so tired. I want to go back to liking good boi Twitter posts and not despairing during dinner with friends about vote rigging. Remember those days? Come on guys, be decent.

It takes only seventeen muscles to be kind to other people and a thousand and ninety one to be a cunt.

That’s a lot of effort. Ask Donald Trump. I hope everyone starts meditating. I hope we can all be more pleasant to ourselves. I hope I eventually have at least some money to put down on a place here and I hope, finally, I can stay in said place should it ever come to fruition. I’d like the world to be a lot more peaceful in my fifties than it was in my forties. Not just for me but for life in general. I think we all deserve a little bit o’ that. Don’t you? (I’d also like to not turn fifty, but that’s not going to happen, is it?)

*There are enormous benefits to seeing a mental health professional. I can wholeheartedly recommend it. But don’t fall in love with your shrink.…

2 thoughts on “End of decade review”