What a time to be alive!!!  And I don’t know how to write that in a way that you’ll understand just how sad the whole sorry mess is. And that I am in no way joking.

Dennis Leary said it best when he said, ‘Racism isn’t born, folks, it’s taught. I have a two-year-old son. You know what he hates? Naps! End of list.’  It’s the same for xenophobia, sexism, homophobia, religious hatred and all the negativity in between.

How does one explain to, say a four year old, why a man walked into a nightclub and killed fifty people of the LGBT community?  Or why a white supremacist  killed sixty-nine people at a Labour Party youth camp on Utoya Island two years ago?  Or why wars are fought solely based on religious differences?

There is such a bleak global sensation at the moment, that we (humanity) made a tentative step forward, got spooked and ran at full pelt backwards in the direction from which we came.  And at what speed!!  This rise of global bile-spewing seems now, to have been simmering under the surface for some time – such is the ferocity of the rearing of its ugly head in the last decade.  Maybe even the last five years.  The far right narrowly losing the Austrian elections, the BREXIT campaign demonising immigrants and blaming them for all the UK’s woes, the Orlando hate crime, Donald Trump a real contender for the presidency-these people are only the face of a population growing nastier and more secular and more isolationist by the hour.  Or so it seems.  Am I wrong?

I usually like to keep this blog light, it’s what it’s all about, but these are very real concerns in which I cannot find the funny.  Finding the funny is what I do, for example here in the ‘reasons for….’ posts, where I highlight my own ineptitudes.  My tongue is most definitely firmly in my cheek -for the most part.  But I can’t find anything humorous in this universal global rage.  It’s quite terrifying.  I’m scared.  The world is an ugly, swirling cesspit.  Look at those baying angry faces at Trump rallies (these are the people who can lay their hands on arms at a moment’s notice).  And even in recent TV debates in Blighty.  Booing and heckling and such pent-up frustration that explodes when up against even the slightest, most rational opposition. The most recent Russian vs England violence at the Euro Championships in France.  It’s out of control. 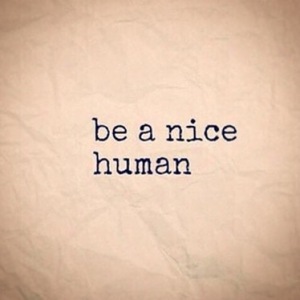 I fear I couldn’t protect my children, who like little curious sponges soak up everything.  The hatred is widespread and they are not in your charge 24/7….. How does one field the bile, and prevent negative influence? There is only so much you can say or do to counter the negativity, and the rest is on a wing and a prayer.  You can only hope your children value your explanation above the father of their friend, who maybe let’s say, has strong  opinions  on Muslims.  Or that they trust you more than what they overhear when another mum says Donald Trump ‘has a point’ about guns to her husband while preparing beans on toast for an after-school tea date.

The future is a frightening prospect for me.  I’m still clinging to the tiniest bit of hope that this craziness will pass and humanity won’t let us down and will do the right thing.  But right now; I’m not so sure.  I would be absolutely terrified if I had children, at the thought that I would be raising them and then leaving them behind in a world that has turned on its head and seems to be, for the most part, absolutely fuelled by fear and hatred.  What a sad, sad place to be.  And if it continues to gather pace at the rate it is now, how tragic for those future generations.